Sustainability of Small Communities: Why and How.

Create a better world for tomorrow: this is the motive driving conversations about sustainability around the globe from international conventions to family dinner tables, from government meetings to our workshop on October 2nd and 3rd in Parksville BC. The task at hand, however, is challenging. It requires the action of a community: all of us!

On Oct 2nd and 3rd ISEF invited all to Parksville to discuss how your community can achieve long-term sustainability. This was a workshop dedicated to small-town community capacity building. Our goal was to create a workshop where attendees could share in hands-on problem solving about issues that matter to them.

A community requires economic viability, social well-being, care and devotion to the place you love and a healthy environment. When adding up all of these ingredients in balance with each other you create a sustainable community, a community that can withstand whatever kind of uncertainty comes its way and maintain its character and integrity into the future, in other words, a resilient community. How do we create this holistic ecosystem where each ingredient is in balance with the others?

On October 2nd and 3rd, 2014 these questions were discussed to learn the tools for sustainable community building through interactive presentations and facilitated dialogue where all attendess had the opportunity to raise their voice! The workshop was designed to inspire participants to take action in your community. Attendees said it was a wonderful experience! Video of each of the speakers and an overview of the event can be found here. 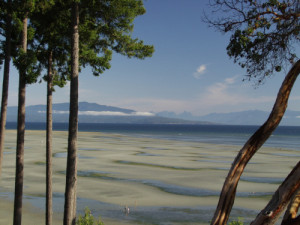 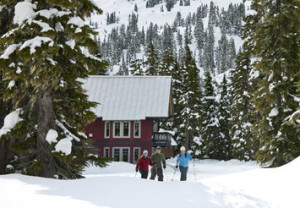 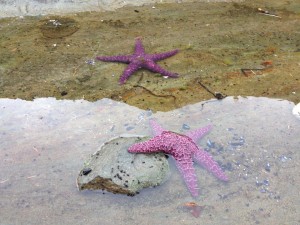 Chris Burger, Mayor, City of Parksville
Chris Burger has been Mayor of Parksville for 4 years and has been very focused on environmental policies in that time. He has championed water conservation and has overseen the development of a very comprehensive city plan.

Arthur DeJong has been with Whistler Blackcomb for more than 30 years. Through various roles including Ski Patrol Manager and Mountain Operations Manager for Blackcomb, Arthur has gained an exceptional familiarity with our mountain terrain and a deep understanding of the workings of the mountain ecosystem. Arthur pioneered work in the area of environmental planning on Whistler Blackcomb which has led him to his current position of Mountain Planning and Environmental Resource Manager. In this role, Arthur works to marry planning techniques that both improve the guest experience and respect the natural environment. Arthur has been an active member of the Whistler community for many years and believes that the key to effective planning is openness and community involvement. Arthur is currently active in numerous community social and environmental groups. He also dedicates volunteer time to crisis line counseling and international aid programs.

Dr. Nola-Kate Seymoar, Past President, International Centre for Sustainable Cities
Dr. Seymoar has three interdisciplinary degrees: a Ph.D. in Social Psychology, a Masters of Arts in Community Development and a Bachelor of Arts in Recreation Administration. Her academic interests have focused on communities and empowerment. Dr. Seymoar’s career has spanned four sectors – public policy (as a senior executive in the Government of Canada), academia (as a university professor and counsellor), business (as an entrepreneur in film and video) and non-government organizations (as Chair of “Smart Risk”, the Canadian Injury Prevention Foundation, and a member of The Centre for Days of Peace).

Dr. Maged Senbel is an Associate Professor at the School Of Community and Regional Planning, University of British Columbia. Maged‘s research focuses on public engagement in long term neighbourhood planning. He examines the use of multi-media visualization of urban form alternatives and the performance measurements associated with urban design alternatives. He strives to make planning more accessible to both expert and non-expert audiences. His publications include research on neighbourhood scale energy performance and comparative GHG emissions analysis, municipal climate change planning, youth engagement in climate change planning, leadership in sustainability planning, and the theoretical and procedural approaches to spatial thinking for people new to design. He has additionally theorized on approaches for cultivating inclusive and intercultural visions of a compelling urban future.

Jeremy Stone is founder and director of Recovery and Relief Services (RRS), a niche consultancy providing economic development and recovery planning services. RRS has worked with a variety of organizations, municipalities, and businesses including the US Economic Development Administration, the City of Vancouver, ‘Namgis First Nation, and Greater New Orleans, Inc. Jeremy has worked extensively throughout the coast of British Columbia with Ecotrust Canada, where he provided business and economic development planning to rural communities. Previously he managed a $20MM grant and loan program following Hurricane Katrina, and designed economic recovery programs with several organizations after the Deepwater Horizon oil spill. He was also a Peace Corps volunteer in Mongolia, and worked with the United Nations Development Programme on microfinance initiatives. Jeremy received his MPA in International Economic Development from New York University, and his BA in Anthropology from Reed College where he studied the effect of ‘cargo cults’ on economic development in the South Pacific. He is currently pursuing a PhD at the University of British Columbia (UBC) with a focus on gentrification and urban change.

Megan Herod is a second year Master’s student at the School of Community and Regional Planning. She currently works on a community engagement project about perceptions of sustainability on a First Nation reserve. She is particularly interested in rural planning and the role of mediation in land use disputes.

Hannah McDonald is a masters candidate at UBC’s School of Community and Regional Planning. She has a background in architecture, graphic design and GIS and her current research focus is on affordable housing policy. In her free time she enjoys hiking, mountain biking and teaching yoga.

Kathryn Lennon is a second year Masters candidate at UBC’s School of Community and Regional Planning. She has worked on projects related to grassroots community engagement, food security, advocacy and community-based art. Her research interests are around intercultural community planning and engagement. She holds a Bachelors of Environment and Resource Studies from the University of Waterloo, and is originally from Edmonton, Alberta. Outside of school, she is a poet involved in Vancouver’s Asian Canadian arts and culture communities.

Christopher Carter is a second year Master’s student in at UBC’s School of Community and Regional Planning. He has worked on regional and rural development projects and policy research in Greenland  Mongolia, Montana and Morocco. His current research focuses on economic vulnerability in coastal communities and social participation in environmental assessment. Outside of studies he is an avid filmmaker and alpinist.